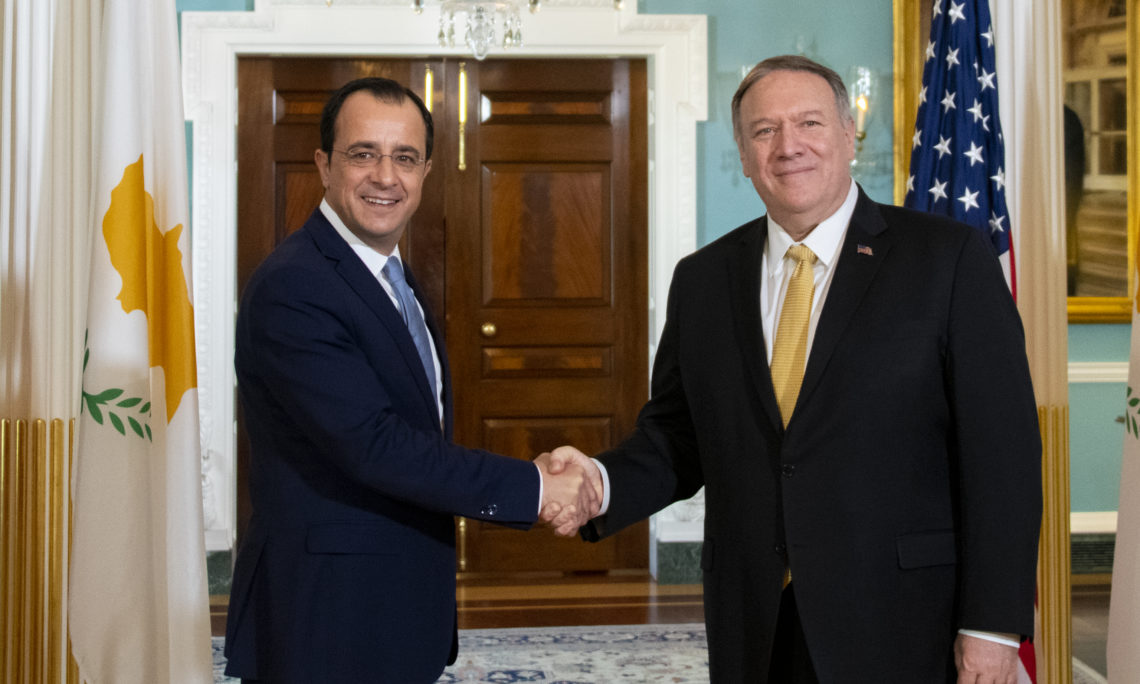 READOUT
OFFICE OF THE SPOKESPERSON
NOVEMBER 18, 2019

The below is attributable to Spokesperson Morgan Ortagus:‎

The Secretary reaffirmed the longstanding U.S. policy on the right of the Republic of Cyprus to develop natural resources in its Exclusive Economic Zone and the continued U.S. support to Cypriot-led, UN-facilitated efforts to reunify the island as a bizonal, bicommunal federation, for the benefit of all Cypriots.