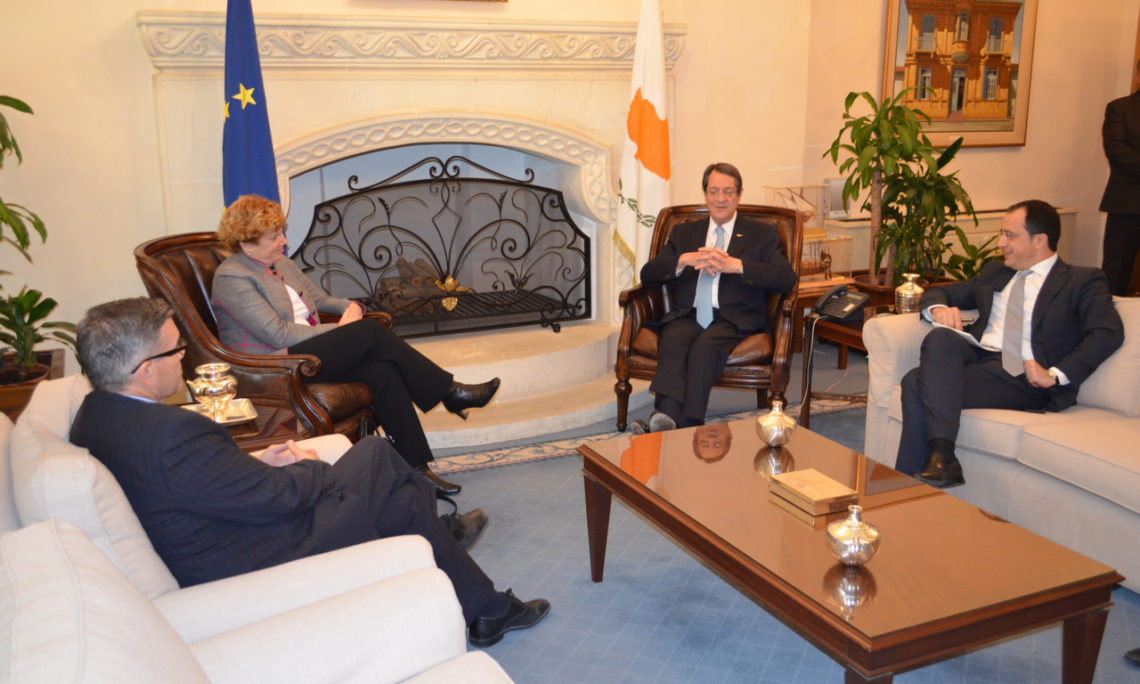 We’ve had a very good discussion about all the events that are happening including the issue of hydrocarbons and I relayed to the President that the United States feels very strongly that the Republic of Cyprus has the right to explore and exploit its resources in the EEZ and we reiterated that.

We are engaged in the issues relevant to the Eastern Mediterranean.  Secretary Tillerson, when he was in Ankara last week raised this issue with the Turks.  And so we are watching the events and also engage in these events, and hopefully the issue will be resolved, so we can move forward and start the talks again.

Thank you very much.