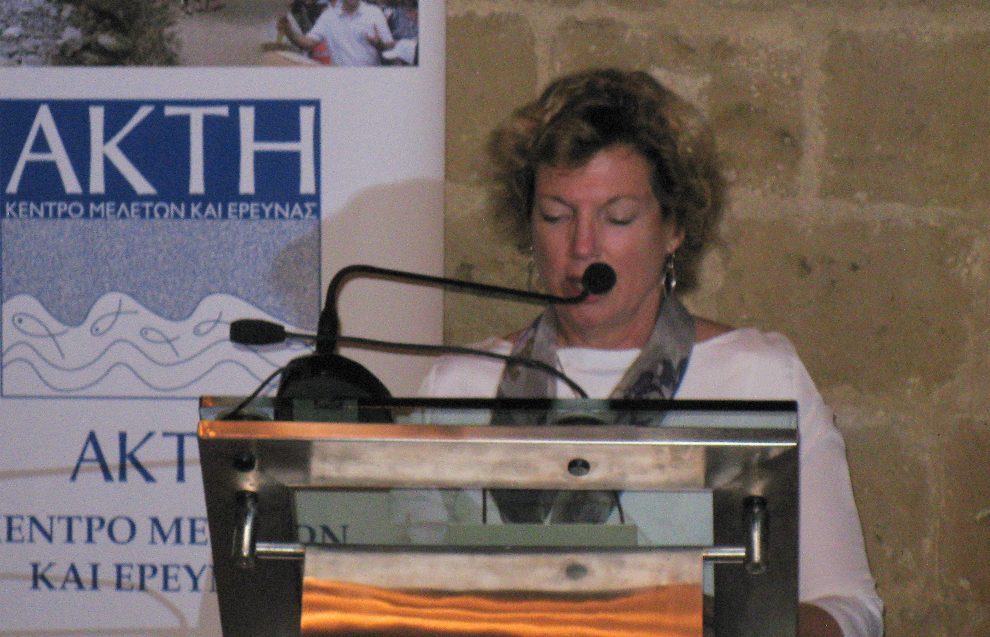 Good evening.  Kalispera sas.  Thank you very much, Xenia, for your introduction.  AKTI has done a great job protecting the environment in Cyprus and helping create opportunities for women entrepreneurs.

It is a pleasure to be here today to support AKTI’s “Show Her She Can” project, which was funded through a U.S. government grant.  Green Cluster has played a major role in the success of this project, helping to launch 25 environmentally-friendly initiatives.  It has created a network of entrepreneurial thinkers who, working together, can benefit the larger community.

The protection of our environment is a global concern and each of us should do our part.

As many of you know, President Obama and Secretary of State Kerry are champions of protecting the environment.  Both have stressed the importance of acting now to control global climate change.  Both strongly advocated for the Paris Climate Agreement that 175 countries have signed.  Just two weeks ago, the President signed a presidential memorandum to make sure we in the U.S. government consider the impact on climate change as we develop our national security policies.

To raise awareness about the state of our oceans, Secretary Kerry hosted the third annual Our Ocean conference in Washington two weeks ago.  The governments, NGOs, and companies that attended the conference made $5.2 billion worth of new commitments to protect our life giving oceans and seas.  The steps taken at the conference this year will protect almost 4 million square kilometers of ocean water.

The conference brought together heads of state, scientists, business leaders, NGOs, and others.  Cyprus was represented by Minister Nikos Kouyalis.

Locally, the Embassy teamed up with AKTI to on a seabed cleanup in Paphos.  This effort targeted the least visible of all litter – marine litter.  AKTI’s MarLitCy project, which aims to get rid of and stop marine litter, was highlighted in the 1000 Ocean Actions campaign at the Our Ocean conference.  The campaign produced an interactive map showcasing ocean success stories across the globe.  We were very glad to see Cyprus among them.

The United States promotes entrepreneurship in many countries and in Cyprus.  We have helped set up networks of innovators here.  We have helped women and youth strengthen their business skills. We have partnered with the private sector.  We have advocated for stronger business climates through rule of law and transparent business conduct.  And we continue to partner with and support Cypriots in environmental and entrepreneurial endeavors.  And we particularly applaud those who endeavor to be entrepreneurial on environmental issues!

We look to the awardees tonight to mentor the next generation of environmentally conscious entrepreneurs.  The Embassy looks forward to working with AKTI and the Green Cluster in the future.  Thank you.