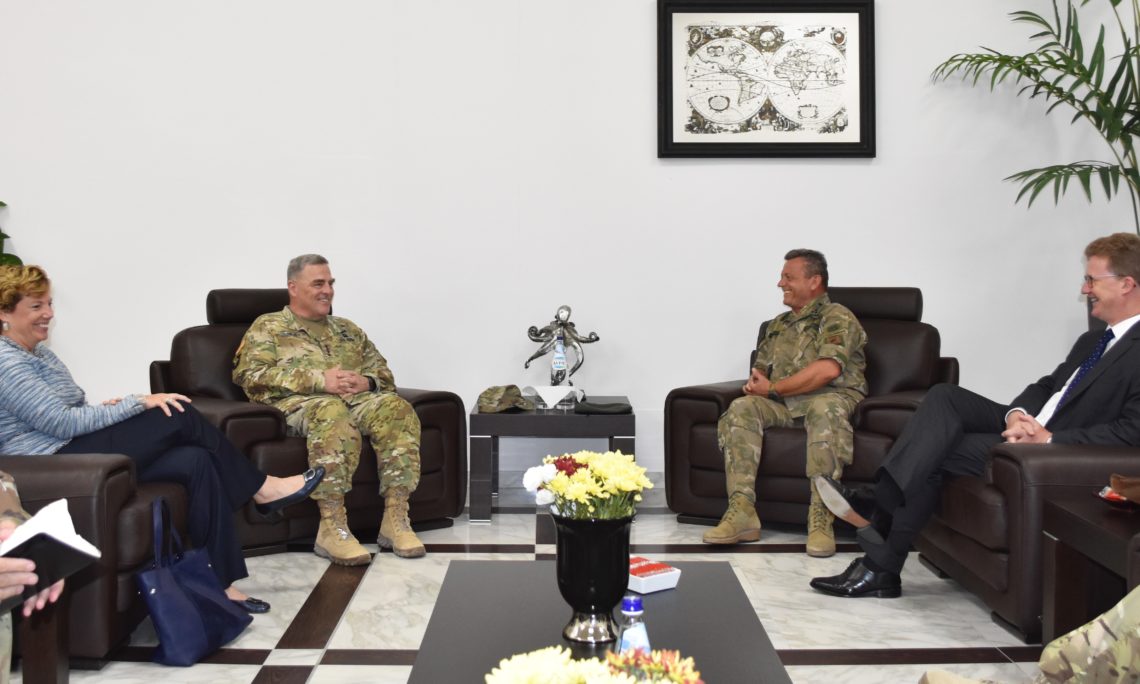 Chief of Staff for the U.S. Army, General Milley meets with Chief of the Republic of Cyprus National Guard, Lieutenant General Leontaris

On August 20, Chief of Staff for the U.S. Army, General Mark A. Milley met with Chief of the Republic of Cyprus National Guard Lieutenant General Ilias Leontaris, U.S. Ambassador Kathleen Doherty and UK High Commissioner Stephen Lillie in Larnaca.  The visit was one leg of a trip General Milley was making to the Middle East and Eastern Mediterranean. At the meeting, the group discussed regional security issues.

Ambassador Doherty said, “This is another important example of the strengthening of security cooperation between Washington and Nicosia.”  In the last six months, there have been four American naval vessel visits to the Republic of Cyprus, including the USS Iwo Jima, and visits by Deputy Assistant Secretary of Defense Thomas Goffus and Deputy Director of Plans, Policy and Strategy at U.S. European Command Rear Admiral Fred Pyle.