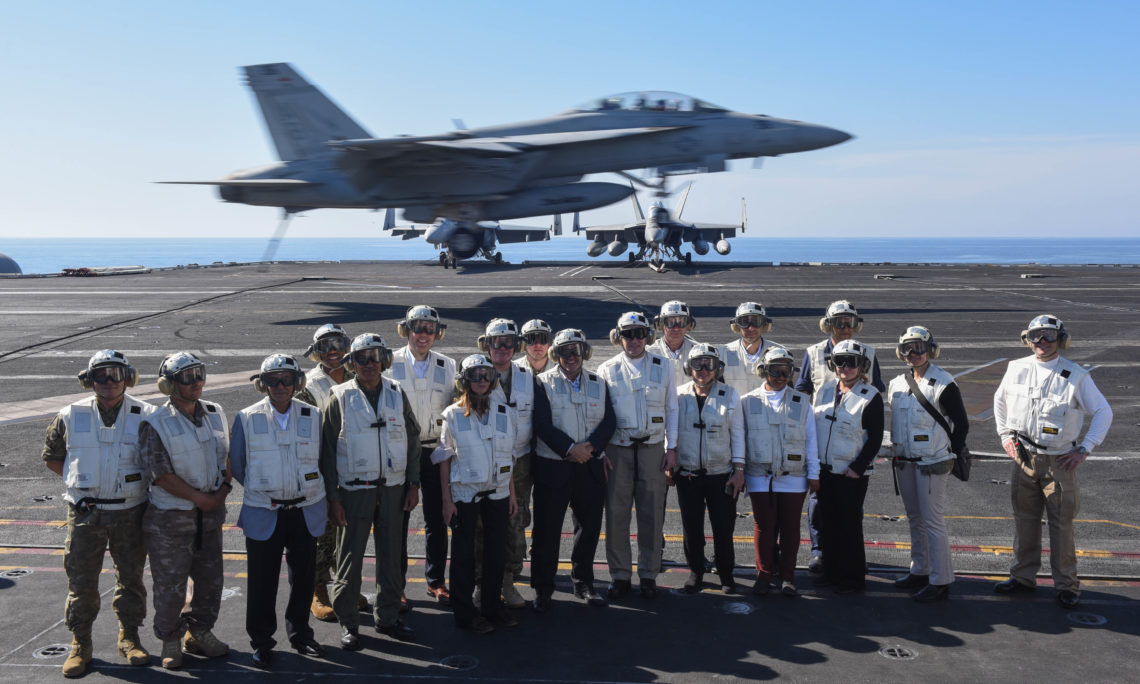 At the invitation of the U.S. Navy and the U.S. Embassy in Nicosia, Republic of Cyprus Minister of Defense Savvas Angelides, accompanied by Ambassador Kathleen Doherty, visited the aircraft carrier U.S.S. Harry S Truman in the Mediterranean Sea on Thursday.  The Chief of the National Guard Lieutenant General Ilias Leontaris, Ministry of Defense and Foreign Affairs officials, and U.S. Embassy officials also participated.  Commanding Officer, Captain Nicholas J. Dienna, USN, led the tour and briefed the guests on the history and operations of the ship, named after the 33rd President of the United States, Harry S. Truman.

Welcoming Minister Angelides and his associates on board, Ambassador Doherty said “This visit is another important example of the very good relations and cooperation between Washington and Nicosia in the field of security and defense.”