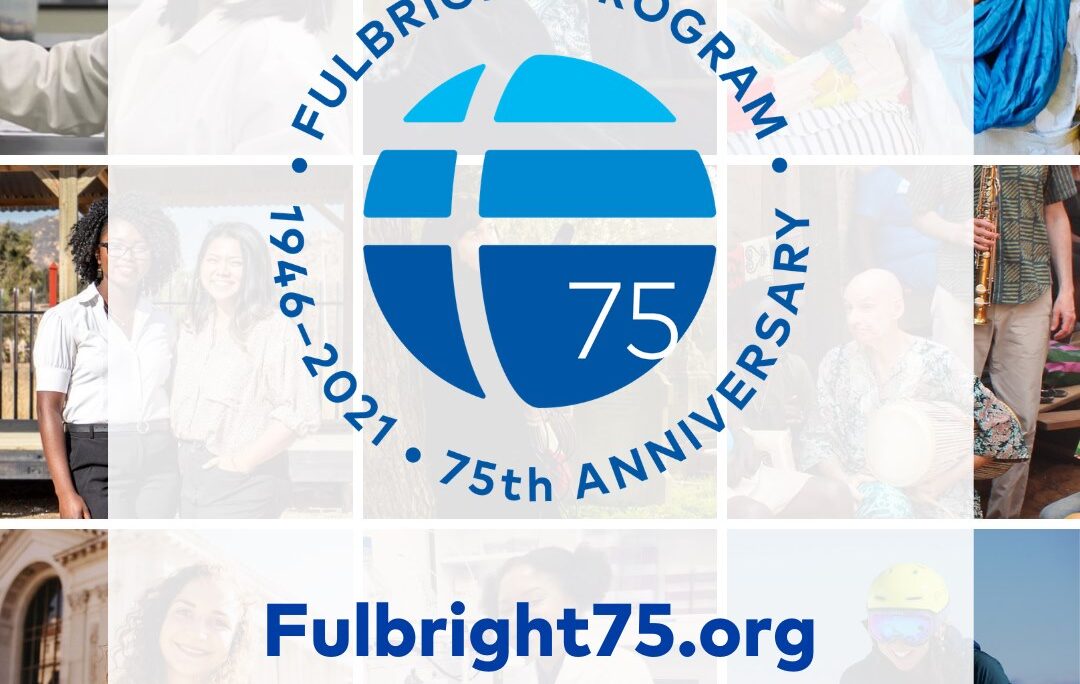 In Cyprus, since the Fulbright program began in 1962, over 700 Cypriots received graduate degrees through the Fulbright student program.  Additionally, over 1,700 received undergraduate degrees in the United States through the Cyprus America Scholarship Program (CASP), a unique educational exchange program administered through the former Fulbright Commission in Cyprus.  The U.S. Fulbright program has also supported over 750 American scholars and students to Cyprus for research, professional collaboration, English teaching, and cultural exchange.

Visit the Fulbright75 website for more information on the U.S. government’s flagship international education exchange program that is changing lives, advancing careers, and making meaningful contributions to our global society.  Follow the Bureau of Educational and Cultural Affairs on Twitter @ECAatState and Facebook here for the latest updates on the celebration, as well as the Fulbright Program on Twitter @FulbrightPrgrm, Instagram here, and Facebook here.

To discover more about Fulbright exchange program opportunities for Cypriots and for Americans, visit the U.S. Embassy’s section under education and exchange.  Follow our own Facebook, Instagram, and Twitter feeds for monthly highlights on outstanding Fulbright program alumni in Cyprus!

Below are some of our amazing exchange program alumni doing important work in Science, Technology, and Public Health: 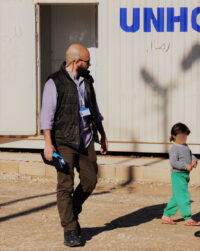 Meet Cypriot Fulbright alumnus Arda Kuran, whose invaluable humanitarian work continues to touch the lives of tens of thousands of individuals in their most vulnerable times.  Arda began his education in the United States when he was awarded a Fulbright foreign student grant to attend Macalester College, where he graduated in 2005 with a bachelor’s in political science and French.  After receiving his MSc in international security, he first worked for five years in the U.S. Embassy in Cyprus as a Political Affairs Specialist and later in Brussels on EU affairs before eventually moving into the field.  Guided by his passion for helping others, his work led him to a position at the United Nations High Commissioner for Refugees (UNHCR) and then at the United Nations Children’s Fund (UNICEF) where he worked hands-on with Syrian refugees in Turkey and with internally displaced people in Iraq.  His specialization in child protective services has helped assist thousands of refugees and displaced children and their families with protection, education, healthcare, and livelihoods.  After several years in the Middle East, Arda switched continents, coordinating the protection programs of the Danish Refugee Council (DRC) across the East Africa and Great Lakes region, helping design and implement life-saving activities in major humanitarian settings such as South Sudan and the Democratic Republic of Congo. He currently serves as the head of protection for the International Committee of the Red Cross (ICRC) in Burundi, where he leads a team of 18 protection staff and oversees the work of the ICRC in support of crisis-affected communities, including detainees and unaccompanied/separated children.  Arda Kuran was recently recognized by his U.S. alma mater Macalester College with a Distinguished Citizen Award, awarded to their alumni who have demonstrated leadership in social, professional, and civic life.  We couldn’t be prouder of him and his work! 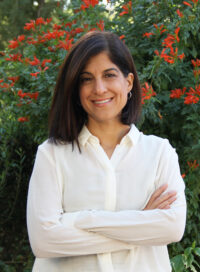 In July, we celebrate and thank our institutional partners who are instrumental in using the program’s impact to continue creating and spreading the program’s global and local impact. Meet Ms. Gulsen Öztoprak, co-founder of StudyUSA, the NGO of which is our EducationUSA Cyprus office. Gulsen completed her undergraduate degree at the University of North Carolina, Chapel Hill through the CASP program. Ms. Öztoprak works tirelessly with young people in Cyprus who want to study at the undergraduate or graduate level in the United States, helping them to identify the right school for their personal characteristics, financial needs, and educational aspirations. Despite the ongoing global pandemic and through her dedication and advocacy, in 2021 StudyUSA helped 30 Cypriot prospective undergraduate and graduate students leverage $3 million in financial aid over four years. We’re so proud to be able to continue the legacy of educational exchange because of her daily dedication and hard work. Thank you, Gulsen! 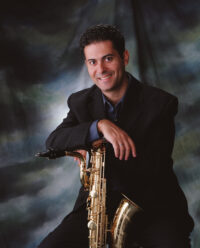 This month, we’re featuring one of our outstanding alumni in arts and culture, Dr. Yiannis Miralis.  Dr. Miralis is Associate Professor of Music Education and Saxophone at European University Cyprus, where he teaches music education, applied saxophone and chamber music, and directs the Symphonic Band of Strovolos Municipality-European University Cyprus.  Dr. Miralis is also the coordinator of the graduate program in Music Education, the International Relations coordinator of the Department of Arts and the director of the Laboratory of Instrumental Music Education and Research.  In 1989 he received a Fulbright award to pursue a Bachelor of Music from Lawrence University in Wisconsin, allowing him to pursue his love and talent in music at a time when little was available in music education in Cyprus.  He went on to pursue a Master’s in Music at Bowling Green State University in Ohio, and a Ph.D. at Michigan State University.  Dr. Miralis embodies the spirit of the Fulbright program in his commitment to building bridges of understanding through music, particularly through his love for music pedagogy and multicultural music education.  As the first Cypriot classical saxophonist, he has performed around the world and formed lasting collaborations while also remaining a dedicated music teacher at home, teaching students from kindergarten through the graduate level.  We’re so proud of his successes! 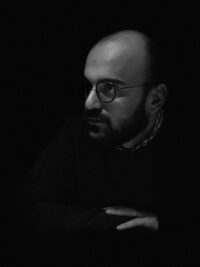 Celebrating #Fulbright75 means highlighting our outstanding Cypriot Fulbright alumni! Meet Firat Ileri, one of Cyprus’ outstanding entrepreneurs and one of our U.S. government program exchange alumni! After graduating from MIT with degrees in Electrical Engineering, Computer Science, and Management Science supported through the Cyprus America Scholarship Program (CASP) managed through Fulbright, Ileri joined J.P. Morgan in London. He focused on Emerging Markets Structured Products for two years before transitioning to Hummingbird, a global early-stage venture capital fund. As a result of his hard work and dedication, Ileri was promoted to Partner at the age of 28, becoming one of the youngest venture capital partners in European history. Firat Ileri was included in Forbes’ “30 Under 30” in 2017. Congratulations on your success Firat! 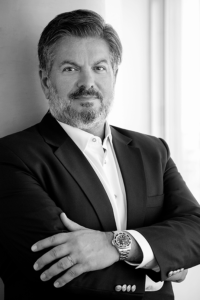 Alumnus Dr. Leondios Kostrikis emerged during this crisis as an important scientific voice to the public and the President of Cyprus. As a Professor of Biological Sciences and Head of the Laboratory of Biotechnology and Molecular Virology at the University of Cyprus, Dr. Kostrikis is one of the world’s top experts in the field of AIDS research where he studies the relationship between human genetics, HIV infection and drug resistance. This expertise is now playing an important role in tracking the COVID-19 epidemic in Cyprus. He has appeared regularly on state television and is quoted daily in local newspapers with his expert opinions on tracking the progression of the virus in Cyprus. Starting his U.S. education with a scholarship through the Cyprus America Scholarship Program (CASP), Dr. Kostrikis received his B.Sc. (1987), M.Sc. (1989), M.Ph. (1990) and Ph.D. (1993) degrees from New York University, followed by post‐doctoral research at the Aaron Diamond AIDS Research Center of Rockefeller University (New York).  We are grateful for his continued work and life-saving contributions that are leading us through this crisis! 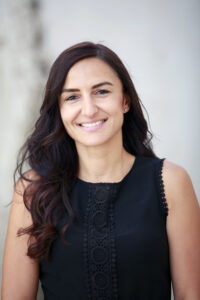 Alumna Dr. Jale Refik-Rogers is using her leadership skills and scientific training in the fight against COVID-19 in the Turkish Cypriot community. She is a member of a Turkish Cypriot team established for COVID-19 and is also actively contributing to the work of the Bicommunal Technical Committee on Health. Dr. Refik-Rogers has appeared on many radio, TV and print media outlets in the Turkish Cypriot community to provide accurate information to the public, to share important World Health Organization guidelines and announcements, and hotline information for all Turkish Cypriots. Dr. Jale Refik-Rogers received a Fulbright scholarship to study at the University of Maine at Orono, where she earned her B.Sc. (1998) in biochemistry with a minor in chemistry. She holds a Ph.D. (2006) in molecular biology from Cornell University. Thank you, Jale, for your leadership and guidance during this challenging time! 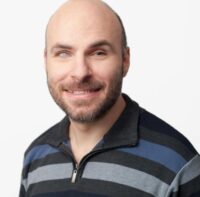 As part of celebrating diversity for #Fulbright75, we’re highlighting Dr. Nektarios Paisios, the only Cypriot to ever be selected for the global Fulbright Science and Technology award. Nektarios is working to solve problems for people with disabilities.

Nektarios is blind, and has a particular understanding of the everyday obstacles that visually impaired people encounter in today’s modern world: the inaccessibility of visually presented information, barriers to mobility, and the lack of equal access to mobile phones and other electronic devices. Over the last six years he has lead a team working on the accessibility of the Chrome browser, implementing the application programming interfaces used by assistive software on desktop platforms such as Windows and Mac OS. The work he does ensures accessibility for everyone, and his talents benefit the visually impaired in Cyprus, in the U.S., and throughout the world. Watch his YouTube feature to learn more about his work!

Nektarios received the prestigious global Fulbright Science and Technology program award to pursue his Ph.D. in computer science at @NYU. The S&T program provided funding to exceptional international STEM students to pursue Ph.D. studies at top U.S. universities between 2007 and 2015. The U.S. Embassy continues to send Cypriots with advanced degrees on exchanges in the U.S. under the Fulbright Visiting Scholars program.

Thank you, Nektarios, for representing the best of our U.S. exchange alumni!