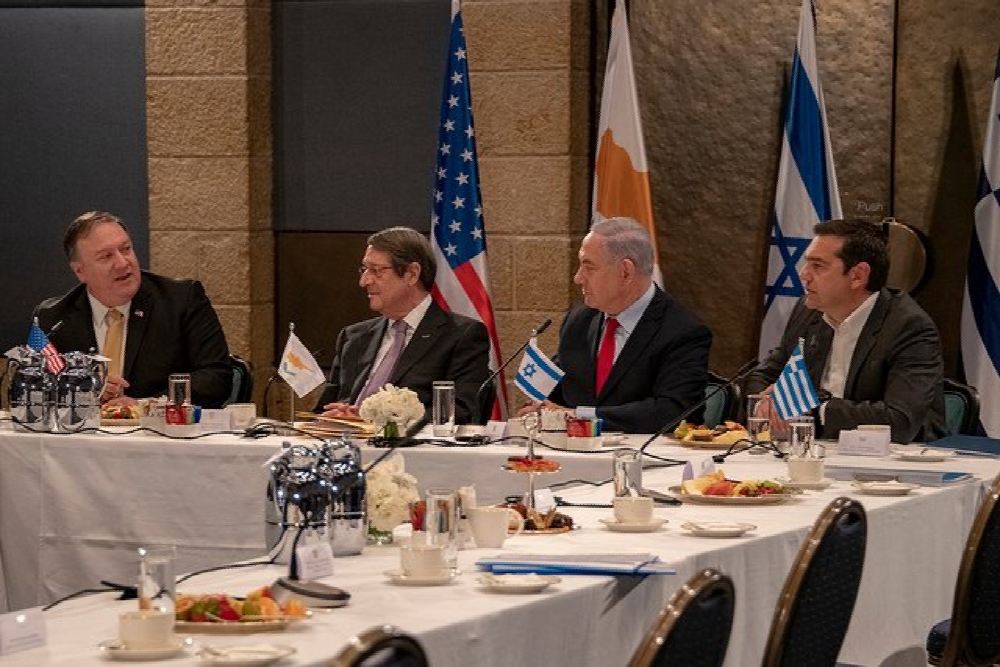 The governments of the United States, the State of Israel, the Hellenic Republic, and the Republic of Cyprus met yesterday in Jerusalem to affirm their shared commitment to promoting peace, stability, security, and prosperity in the Eastern Mediterranean region.  Secretary Pompeo underlined U.S. support for the trilateral mechanism established by Israel, Greece, and Cyprus, noting the importance of increased cooperation.  The leaders agreed to increase regional cooperation; to support energy independence and security; and to defend against external malign influences in the Eastern Mediterranean and the broader Middle East.  They welcomed the recent natural gas finds in the Eastern Mediterranean and its potential to contribute to energy security and diversification.