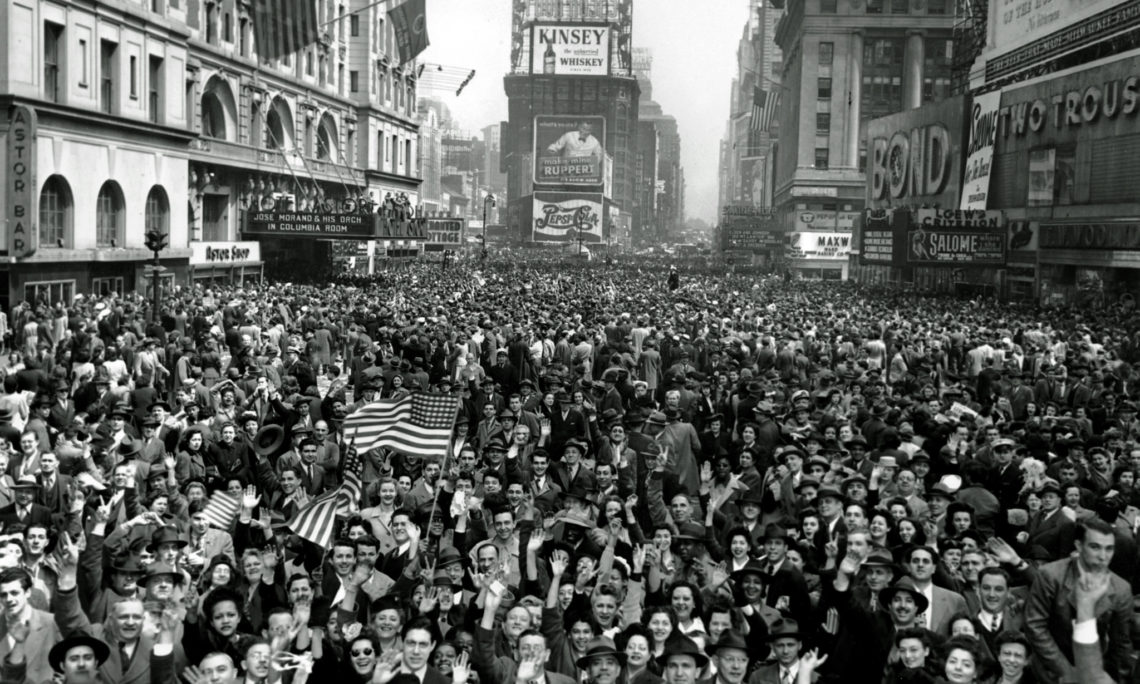 Op-Ed by Ambassador Garber, as published on May 8, 2020 in Phileleftheros, Politis, Alithia, and Cyprus Mail

Today is the 75th anniversary of the Allied Victory in Europe in World War II — “V-E Day.” This is a day to remember and honor the shared sacrifice, enduring commitment, and unflinching bravery of the Allied forces and the underground movements in defeating Fascism in Europe. We also remember the immense sorrow and misery suffered by so many, and we recognize the bravery and sacrifice of tens of millions of civilians in the Second World War. For Americans and for many Europeans, V-E Day marked the turning point away from a world guided by war and contempt for human rights and towards a democratic, prosperous, and peaceful future. The victory over Nazism and Fascism on V-E day was the first step on the road towards creating a free, prosperous, and peaceful continent and its rapid economic growth in the post WWII era. For millions of others, however, the end of World War II only marked the beginning of nearly half a century of oppression and hardship under communist rule. As Europe and the United States commemorate our historic victory, we are mindful that the end of the war did not bring an end to suffering for millions of people in Eastern Europe, the Balkans, and the Baltics.

The Soviet Union was a core member of the alliance against Nazism and Fascism, and soldiers from all parts of the Soviet Union fought bravely for more than four years after Hitler turned on his erstwhile partner, Josef Stalin. The USSR suffered horrendous losses, including millions of its soldiers killed in battle and POW camps, and millions of civilians killed by violence, illness, forced labor, and starvation. That sacrifice must be honored and never forgotten. At a time when the numbers of survivors of the war are dwindling and the youngest veterans are in their mid-90s, we owe it to the memory of all those lost that we do not forget how that war began. Stalin and Hitler agreed to a non-aggression pact in August of 1939, the so-called “Molotov-Ribbentrop Pact” which gave Hitler and his regime free rein for its attack on Poland in September, and its subsequent “Blitzkrieg” through Western Europe. Stalin sent Soviet forces into Eastern Poland on September 17, 1939, occupying the eastern part of that country. It was only in mid-1941, when Hitler broke the pact, that the Soviet Union joined the Allied cause. In September 2019, the 80th anniversary of the outbreak of World War II, the European Parliament passed a resolution accurately noting that the Molotov-Ribbentrop Non-Aggression Pact led to the outbreak of war.

From 1941 to 1945, the Western Allies and the Soviet Union put aside political differences to work together to defeat a common enemy. During the war, the United States supplied the Soviet Union with thousands of planes, tanks, trucks, and millions of tons of supplies as part of the Lend-Lease program. These vast quantities of war materiel were vital to the Soviet Union’s survival and the Allied victory. The American Historical Association estimates that between 1941 and June of 1944, the United States had sent to the Soviets under Lend-Lease more than 11,000 planes; over 6,000 tanks and tank destroyers; and 300,000 trucks and other military vehicles. Overall, Americans spent more than four trillion dollars in today’s money to secure victory over the Fascism.

Cypriots bravely played important roles in the Allied victory over totalitarianism. In Cyprus, about 30,000 Cypriots from all communities joined the Cyprus Regiment as part of the British armed forces. It included infantry, mechanical, and transport companies. Cypriot mule drivers served in France, Ethiopia, Palestine, and Italy, using mules to carry equipment to areas inaccessible to motorized vehicles. On a brief visit to Cyprus in 1943, then British Prime Minister Winston Churchill praised the “soldiers of the Cyprus Regiment who have served honorably on many fields from Libya to Dunkirk.” In addition, and as Petros Papapolyviou documented in his book, “Cypriot Volunteers in WWII,” hundreds of Greek Cypriots also travelled to Greece to join fight in the Greek army; while some 136 joined the Australian forces, 85 signed up directly with the British forces, and 329 Cypriots served in the Armed Forces of the United States of America.

Never to be forgotten, more than 600 Cypriots died in combat and are buried in 71 military cemeteries in 17 countries. About 2,500 Cypriots were captured and held prisoners of war in military camps, including a young Cypriot man who left his law studies to join the British Royal Air Force. That young gunner was Glafcos Clerides, who went on to become President of the Republic of Cyprus. Despite serious economic hardships, the people of Cyprus raised one million pounds for the war effort, the equivalent of more than 55,000,000 pounds today. People who did not have money donated their gold crosses, their earrings, even their wedding rings.

Soon after V-E day, the United States, through the Marshall Plan, provided over $13 billion dollars in aid to rebuild postwar Europe, preventing an economic collapse like the one that ultimately doomed peace after World War I. In contrast, the USSR turned away from cooperation and forcibly prevented European countries under its control from participating in that recovery effort, which prolonged their recovery and slowed their economic prospects for decades.

The realities of U.S.-European cooperation during and after World War II are well known, well documented, and indisputable. They formed the basis of the current transatlantic relationship – the strongest military, cultural, political and cultural alliance in the world. Sadly, there are malign actors who are right now attempting to rewrite history. They want you to ignore and to forget the abuses of power that took place in the past so that they can influence current events. But we will not forget our shared history. Today, when we have again been called on to work together and to make sacrifices for the common good, it is important that we accurately recall and honor the sacrifices of those who have gone before us.