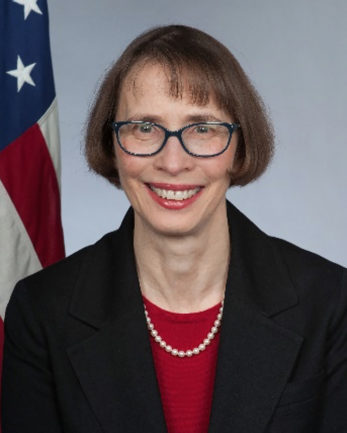 Prior to her appointment as U.S. Ambassador to Cyprus, Judith Garber served as the Acting Assistant Secretary and Principal Deputy Assistant Secretary of the Bureau of Oceans and International Environmental and Scientific Affairs.  In that capacity she led U.S. diplomacy on oceans, climate, space, health, wildlife trafficking, and fisheries, among other issues.  A career Foreign Service Officer with the rank of Career Minister, she joined the Foreign Service in 1984.  Her previous diplomatic assignments have included Ambassador to Latvia from 2009-2012, Deputy Assistant Secretary for North and Central Europe, Director for Overseas Development Finance as well as postings in Spain, the Czech Republic, Israel and Mexico.  Prior to joining the Foreign Service, the Ambassador worked at the Board of Governors of the Federal Reserve and the U.S. Treasury.

Married with two children, she has a degree from Georgetown University.