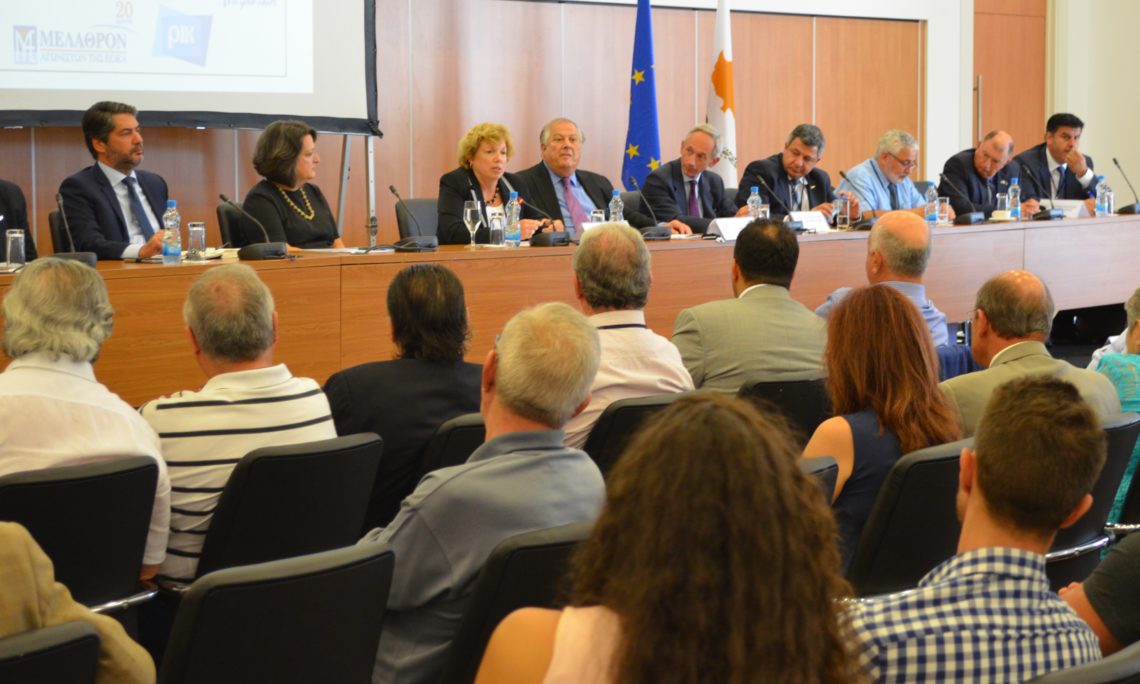 The last time I spoke to you here in Cyprus, I—and many others—expressed cautious optimism about the coming twelve months, and we had a very engaged administration with Vice President Biden and Secretary of State Kerry who were very involved and helped the talks proceed. I am actually happy to say that with the election of President Trump the new administration also has continued the engagement.  Vice President Pence met with President Anastasiades in June in the White House, and he also called both leaders twice over the last six months. Secretary Tillerson also spoke with the leaders.  I was very happy to see there is continuity in a two different administrations.

We can talk a lot about what happened at Crans Montana, but I also very much believe what the Secretary General said:  there were so many disagreements in so many elements and there was no one element that precluded the success of the discussions.

Obviously, the U.S. was not at the negotiations, we’ve never been at the table. We give support, we give advice, we throw out some ideas, but we are not at the table, so I really would not be in a position to tell you what exactly happened at Crans Montana.

I also do not believe in pointing fingers and placing blame.  The only finger pointing we really need is one pointing to the future.

There was discussion both on the island and off the island on what does security, what does safety mean, not just in terms of troops but also political security and economic security and physical safety. These are discussions that have never taken place on the island, and I actually believe that these are good starting points for the future, whatever the process might be.  Also, the Secretary General said that it is up to the Cypriots to decide what the next steps are.  So, this is really a reflection period.

The United States will also wait to see how the discussion turns out here.  It is not up to us to lead.  In the past when the international community tried to step in, it was sometimes seen as imposing the solution and was not successful. We continue to talk about Cyprus with the European Union, with London, Athens, Ankara and we will continue to do so.  And we will continue to raise the importance of a potential solution in Cyprus here.

We still very much believe in the bizonal, bicommunal federation as the U.S. Government and we hope that someday we get the talks back on track.

On energy, which is a very important issue here we cannot be happier that ExxonMobil won one of the major licenses.  I think having the world’s tenth largest company with a presence in the island is very significant.  We hope there is significant find here of gas.  ExxonMobil’s block is the one closest to Zohr field, but we don’t know what will be found.  ExxonMobil won’t start doing its exploratory drilling till next year, 2018, but I think it will be great for Cyprus if large gas reserves are found.

We are very pleased to see the increase of these trilaterals between Greece, Cyprus and Israel – and also among Greece, Cyprus, and Egypt – particularly on energy issues but across the board.  I think it is good for the region, I think it is good for the democratic regimes here, and good for economic opportunities.  And as I said to some of you when I saw you in the U.S. in June, on the energy issue the U.S. firmly believes and has stated publicly and privately to interested parties that Cyprus has the right to develop and exploit its EEZ.

In addition to a $250,000 donation to the committee on Missing Persons in 2016, the State department has provided CMP with $130,000 to hire a research archivist.