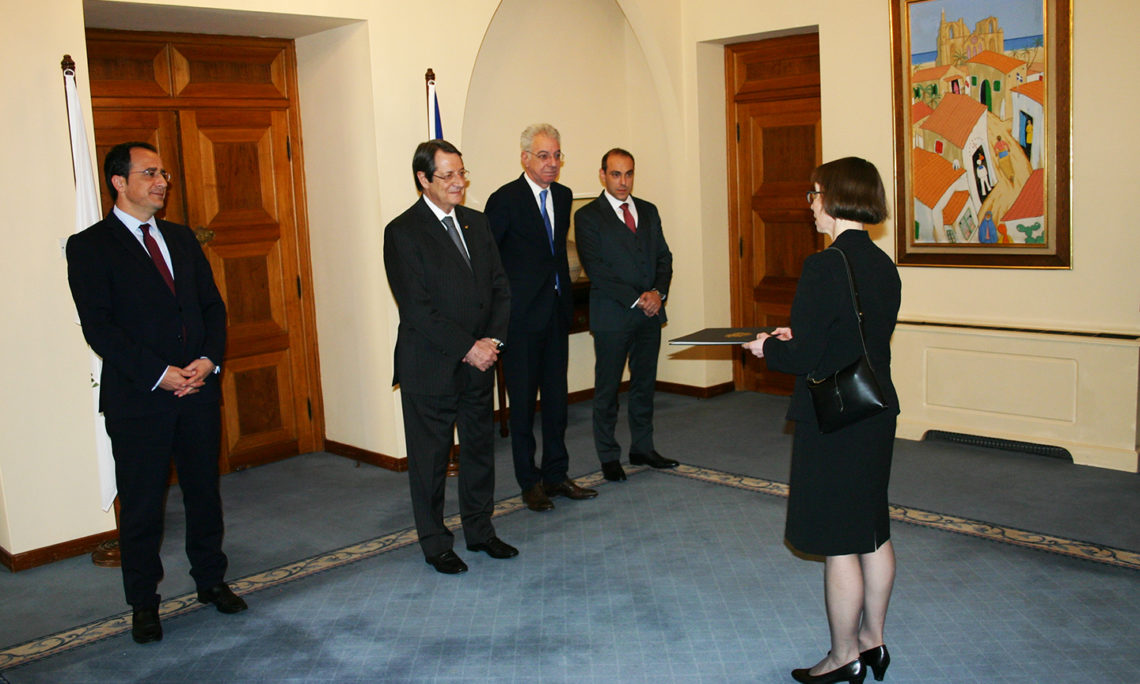 It is a great honor and privilege to serve as the Ambassador of the United States of America to Cyprus.  As President Trump’s personal representative, I am grateful for the opportunity to further strengthen the relationship between our countries.  My work here will be dedicated to broadening and deepening this relationship, increasing the people-to-people ties between Americans and Cypriots, and advancing the peace, prosperity and stability of the region.

This is an exciting time in U.S.-Cypriot relations.  The interests of Cyprus and the United States in the Eastern Mediterranean — at the crossroads of Europe, the Middle East and Africa – have become increasingly aligned, and the Republic of Cyprus is a valued friend and important strategic partner in this critical region.  By working together, we can continue to make progress on issues of mutual concern:  fighting terrorism, preventing proliferation, protecting human rights, combating human trafficking, strengthening law enforcement, and improving maritime security.  With the signature of the Statement of Intent by Assistant Secretary of State Mitchell and Foreign Minister Christodoulides last year, our bilateral security partnership will surely grow deeper and stronger.

On the economic front, we can improve our trade and investment ties as Cyprus diversifies its economy and strengthens its banking regulations.  The new energy discoveries come with great promise and equally great responsibility.  The United States has consistently recognized—in public and in private—the right of the Republic of Cyprus to develop the resources in its Exclusive Economic Zone.  We continue to believe these resources should be equitably shared between both communities in the context of an overall settlement.  These finds can and should lead to the greater prosperity and stability of the entire Eastern Mediterranean region and help diversify Europe’s energy supply.

The United States continues to support efforts by the leaders of the Greek Cypriot and Turkish Cypriot communities, facilitated by the United Nations, to forge a just and lasting settlement that will reunify the island as a bizonal, bicommunal federation.  I would like to assure you, Mr. President, that the United States of America supports the resumption of direct negotiations as soon as possible.

As I assume the role of Ambassador to the Republic of Cyprus, I am eager to begin working with you and your administration to deepen the partnership between our two countries.