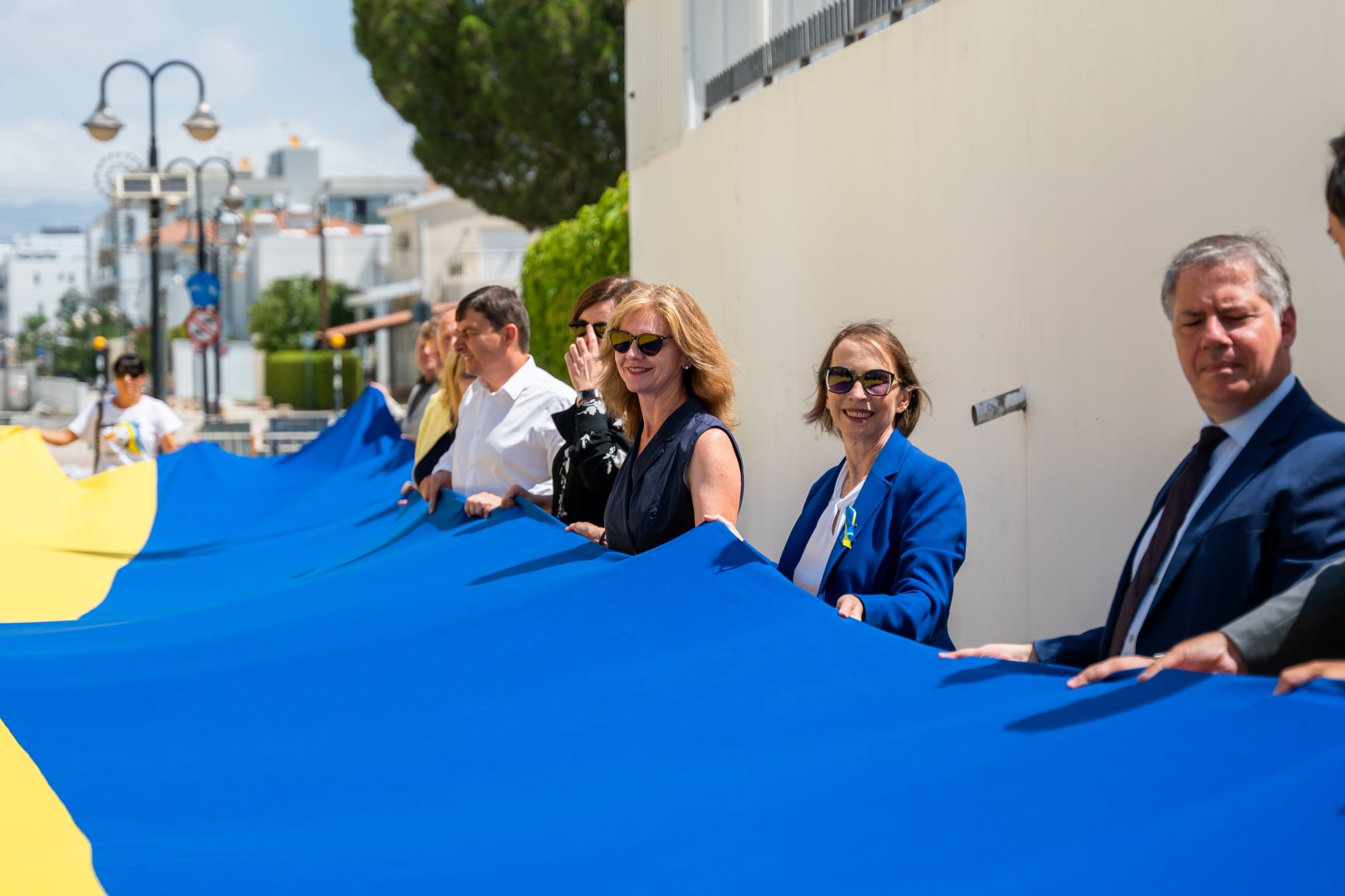 Sadly, the day also marks six months since the Russian government launched its unprovoked, full-scale invasion of Ukraine—an attack so shocking it launched an unprecedented global sanctions campaign against Russia for it actions, spurred the closure of ports across the EU including Cyprus to Russian vessels, and propelled two new countries to seek membership in the NATO Alliance.

There is also evidence that Russia intends to arrange sham referenda in areas of Ukraine it now occupies. Independent media and humanitarian organizations have documented executions of civilians, the torture of uniformed and civilian personnel, and the brutal besieging and occupation of cities and villages across Ukraine.

The resilience and tenacity of Ukraine has inspired the world to support their fight for freedom. Russia will not succeed in destroying the democratic will of the Ukrainian people. Despite six months of death and destruction, Ukraine still stands. The United States and Cyprus stand with it.

Russia’s invasion of Ukraine is one of the most consequential events for Europe since World War II. Indeed, the impact of Russia’s war is not confined solely to Ukraine. Russia’s devastating attacks on Ukrainian agriculture, transportation, and storage infrastructure have upended the global grain trade and endangered food security across the globe. Ukrainian farmers, who once anticipated a record summer harvest, are now scrambling to replace stolen and damaged equipment and fight to keep their families and communities afloat. The current crisis has also accelerated inflation and retail prices around the world.

The United States remains committed to efforts ensuring Ukrainian food reaches world markets. We continue to use forums such as the G20 to press Russia to adhere to the recent deal allowing transit of food shipments from Ukraine’s Black Sea ports. International pressure to unlock Ukrainian food exports continues to be critical. Cyprus’ support for these efforts, for sanctions, and for Ukrainians who have sought refuge on its shores demonstrates its unwavering commitment to international rule of law and democratic principles.

Despite the enormous cost Vladimir Putin has inflicted on Ukraine and the world, sanctions by the United States and our partners and allies are designed to compel the Kremlin to cease its violence and are taking a toll on Russia’s economy. We know this because our sanctions have required unprecedented (and unsustainable) Kremlin intervention to prop up the Russian economy. Economists predict that, in the longer term, as sanctions are expanded and tightened, the Russian government will run out of stalling tactics and the true costs of its actions will become painfully real to its people.

The evidence is already there for anyone to see. Russia has missed two debt payments and defaulted on its foreign currency debt for the first time in over a century. Our coordinated sanctions have frozen more than half of the Russian Central Bank’s reserves, money the Kremlin would otherwise use to finance its war machine.

From Washington to Nicosia, broad support for Ukraine has demonstrated the United States and its allies and partners around the world are more united than ever.

We will continue to stand with Ukraine and support its fight for survival while also working to bolster European security and democratic values.