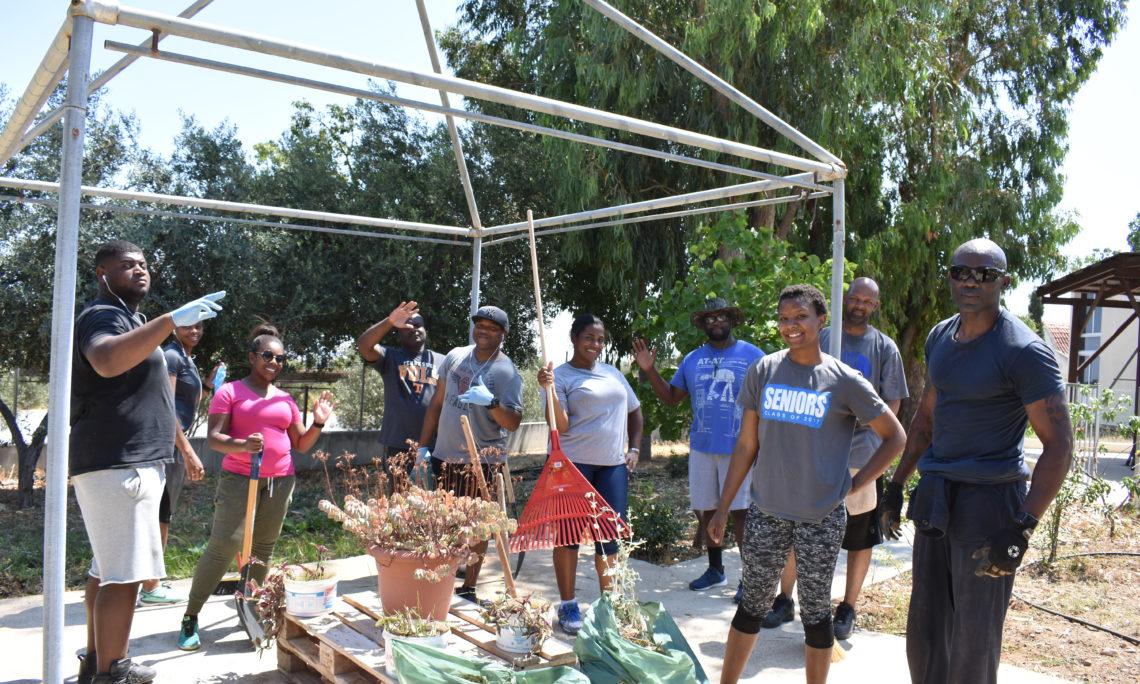 USS The Sullivans COMREL at Theotokos Foundation in Limassol

The Arleigh Burke-class guided-missile destroyer USS The Sullivans arrived last week for a scheduled port visit in Limassol, Cyprus.  This is the fourth visit of an American naval vessel to Cyprus in 2018.

During their visit, sailors from the USS The Sullivans volunteered at two different sites in Limassol on Thursday, June 21 and Friday, June 22 following the Navy’s tradition of community engagement. On Thursday, sailors visited the Theotokos Foundation, a non-profit organization that provides special education and therapy services to people with special needs. There they helped with maintenance work in the Foundation’s outdoor spaces and learned Greek and Cypriot folk songs to sing with the residents. A second group volunteered at St. John the Merciful’s soup kitchen on Friday, helping prepare and serve 600 meals as well as clean and organize the library and theater.  Both organizations appreciated the hard work and contributions of the sailors.

The Sullivans, homeported in Mayport, Florida, works in the U.S. 6th Fleet area of operations as part of the Harry S. Truman Carrier Strike Group.  USS The Sullivans is led by Commander Russ Moore.  USS The Sullivans (DDG 68) is named to honor five brothers from Waterloo, Iowa who served together on the USS Juneau during World War II.  The Sullivan brothers: George, 28; Francis, 27; Joseph, 24; Madison, 23; and Albert, 20; lost their lives during the Battle of Guadalcanal on November 13, 1942.